Another warm,
sunny day. The highlight was a stunning Bee-eater (Biätare) that was first seen flying
south over the obs at about 09:30, quite a surprise to see it emerge from a
wheeling mob of Swifts (Tornseglare), and fly low over the obs! The bird was
seen again flying back and forth around the obs, before finally disappearing to
the north about 10 minutes later, it was then heard briefly at Norrhamn by a
visiting birder. A Lapwing (Tofsvipa) also flew south over the obs this morning
and the Great Reed Warbler (Trastsångare) is still present and singing from the
northern end of the reedbed at Bredmar, often audible from the observatory! 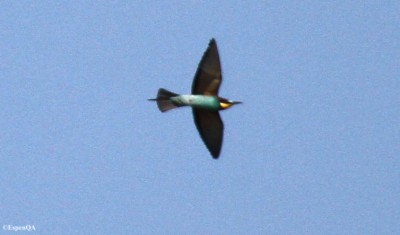 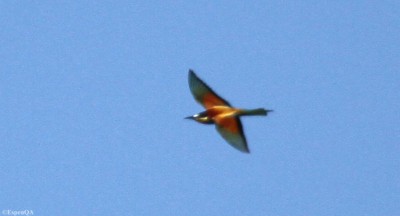