The day started off with foggy conditions
and began to clear up mid-morning. Warblers were particularly in evidence today
with the commonest species being Lesser Whitethroat (Ärtsångare ) and
Willow Warbler (Lövsångare). The first Spotted Flycatcher (Grå
Flugsnappare) of the year was seen near the lighthouse, where two Common Crossbill
(Mindre Korsnäbb) flew over this morning.

Two each of Collared Flycatcher
(Halsbandsflugsnappare) and Common Whitethroat (Törnsångare) were caught
at Bredmar this morning, with one of the whitethroats carrying a Latvian ring!
25 birds were ringed. 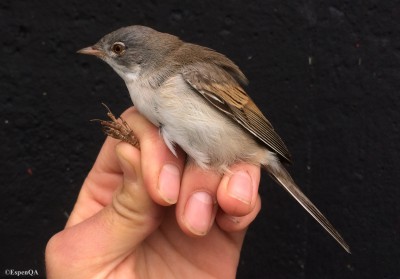 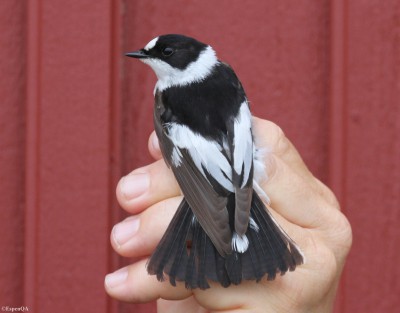 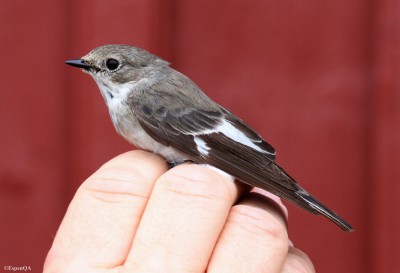 There will be three at the obs
tonight: Matt, Espen and Mats.