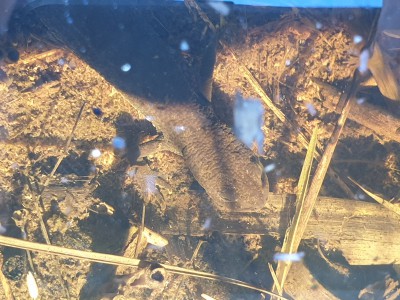 Newt (vattenödla) have been seen in the reedbed pools this morning.

It was clear overnight so a crisp and frosty start to the morning, becoming warmer from midday. There was a some vismig as white wagtail (Sädesärla) were observed from the lighthouse coming in off the sea and also going over the Observatory. Three snipe (Enkelbeckasin) were on the beach at Saltmar.

Two at the Observatory tonight, Matt and Liam.